When we look back at the 1980’s, then there is no denying the fact that it was quite a happening time. It was a time when loud fashion

was in trend. Interestingly, the slang used during this time was outrageous.

Let us discover the slang from the 80s

Well, the word may sound alien to you. The word is a blend of audacious and bold. It means enjoyable and wonderful. The term got coined in the 19th century. However, it came into trend in 1970 due to CB radio.

The CB radio used this term to refer to a strong incoming signal. The term gained a lot of hype in 1989 when it got featured in Bill and Ted’s Excellent Adventure. Alex Winter and Keanu Reeves were some of the actors who used this term.

The word Gnarly gets derived from the word Gnarled. The word got originated way back in the 1970s. It meant challenging or dangerous. It got popular in 1982 through the Teen comedy Fast Times at Ridgemont High.

When you say Take a Chill pill, it means that you are asking the other person to relax. The term originated on college campuses in the 1980s.

Another term you must have come across in the 1980s is motor. It means to leave or move quickly. The term got used in the 1988 movie Heathers.

The word Tubular got derived from the French word Tubular and the Latin word Tribulus. In 1680, this word was referred to as having the form of a tube. The interesting part is that the meaning of this word got changed completely in the 1980s.

It meant a cresting wave in the 1980s. Eventually, the meaning of this word got changed to ultimate perfection. The word got featured in Frank Zappa’s song too in 1982. The song was called “The Valley Girl.”

Well, Wastoid was yet another popular term of the 1980s

. It meant a worthless person. Initially, this term got coined by John Hughes. He used this term in the Breakfast Club.

The fact is that Hella is also one of the words that got coined in the 1980s. It meant a lot of or really. Hella can get termed as an abbreviation of Helluva.

The word Duh implies a grunt of incomprehension. The word initially got used in the Merry Melodies cartoon in 1943. The New York Times also made use of this word in 1964. Here the word meant a conversational contribution on the part of someone.

Another word popular in the 1980s was bad. However, the meaning is opposite to what you must have assumed. The word bad meant very good in the 80s.

Most of us refer to Butter as food. The truth is that interpretation of this word was slightly different in the 1980s. It meant something very smooth.

When we talk about the slang terminology of the 1980s, then you come across the word Radical. It meant good.

We cannot leave the word Veg off our list. It meant to do nothing. True Diaries of an Eighties Roller Queen also featured this word.

It is also one of the terms that got coined in the 1980s. It referred to something very dirty. The Los Angeles Times in 1982 used this word for defining a disgusting object.

This is yet another term that was in use in 1982. The word referred to disgust.

The hip folks came up with this slang term in the 1980s. It meant that your facial appearance leaves something to be desired.

The word Grindage was also used in 1980s. It referred to delicious food that anyone would eat with enthusiasm. Pauly Shore was an ardent user of this term.

When someone used to get very emotional in 1980’s, then having a cow term was used to refer to this state.

The teen drama Heathers coined this term in 1988. It was a harsh way to state what is wrong with you.

All these terms show that slang usage was quite popular in the 1980s. We have changed the way we talk so much now, but we can never forget about the decade that basically started all the slang terms. 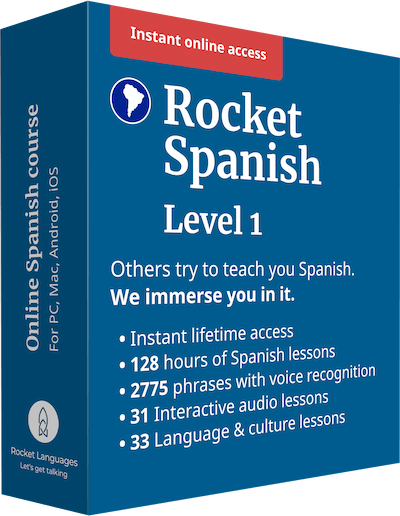 Now that you have learned the 80s slang words, it is time to learn a new language. And you can do that by using Rocket Spanish

, and you can try the courses out ABSOLUTELY FREE!!

When I say free, I mean free. You pay nothing and supply no credit card details, so there’s no chance that you’ll be tricked with any sneaky charges, unlike some companies.